If there's a phone that captured my rosy demeanor and youthful years, it would surely be this phone. Cherry Mobile P9 is dubbed as "Cutie" by the industry. And quite apparently, it has lived up to its name by being one of the diminutive devices to have ever sprung forth in the mobile phone arena.

The last mobile phone close to its size that I have ever owned is the Nokia 8250 which I dearly loved during its heydays when the gadget epilogue back then is: "the smaller the phone, the better" contrary to today's wave of phones sporting distinctively large display and portability footprint. 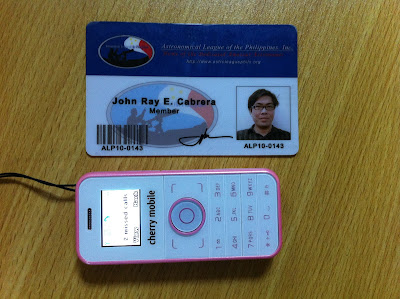 With a size smaller than a credit card, you'd be totting one of the most handy phones around, perhaps one that could be mistaken as a key chain figure. The design is leaning towards the feminine side, perhaps to the unfledged and young market demographics. 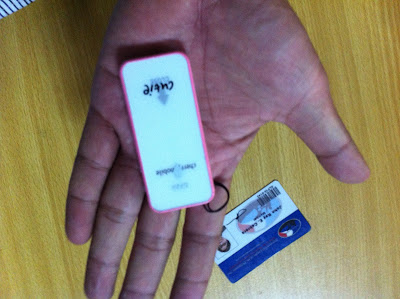 Not so much a specs wallop as other models of its kind but with its size and a price of a subPhp1k, who would ask for more. Unless you're the charming sophisticated secret agent of MI6.
Posted by cafémobility at 11:51 PM